Not every drug is made for just anyone who needs it. Sometimes, a doctor may prescribe a drug for an illness, but the drug was made for another type of illness. In some cases, a drug may have been deemed safe, but you got a bad batch, or the drug was made correctly, but its side effects caused more harm than good. If you have been injured by a drug, you may be able to file a pharmaceutical lawsuit or join a class action lawsuit.

If a medication is prescribed for “off-label use,” that is, for an issue that is not what the drug was originally manufactured for, you may be able to recover in a lawsuit if you weren’t warned of the off-label use. For example, a drug that treats lung cancer is sometimes given to lymphoma patients, as that drug is in trials for treating some types of lymphoma. If the drug causes more issues due to side effects, such as kidney or liver failure, you may be entitled to compensation.

The side effects may be known if the drug is used for lung cancer, but may not be known if used for lymphoma. The person or entity liable for this issue could be blurred between the manufacture, patient, pharmacist and the doctor. Generally, the doctor explains that the drug is not normally used for your condition, but it is either in trials or has been through trials but is not yet approved by the FDA for your condition (it would have been approved for the original condition it was designed for).

Sometimes, side effects do not show up in clinical trials. The drug is manufactured properly, but because of unanticipated side effects, the drug does more harm than good. In most cases, not everyone will suffer from these side effects, just a sampling of people. However, that is enough to place liability on the manufacturer and others in the chain, possibly including the pharmacist and doctor. 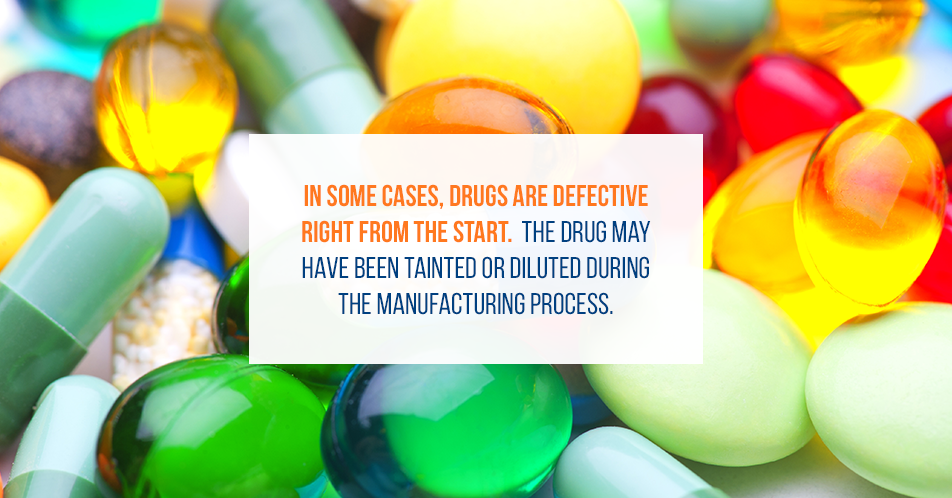 If you have been injured by a drug, whether because of a manufacturing defect, off-label use or because the design of the drug was bad, contact Mukerji Law Firm. Pharmaceutical lawsuits are difficult and often take many years to resolve. Joining an ongoing class-action lawsuit or navigating the system for a new lawsuit could be stressful and time-consuming since drug manufacturers have all kinds of money to throw at a lawsuit to try to delay the inevitable or to try to get the suit dismissed. An attorney who is experienced in dealing with pharmaceutical companies can make this process less stressful and will help you deal with the company making you feel intimidated.